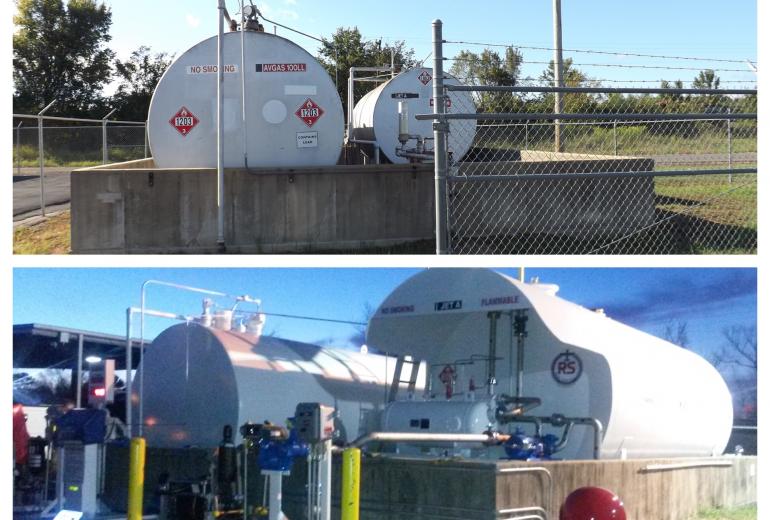 We acquired work at the Dexter B. Florence Memorial Airport through a great friend and long time customer that relocated to this airport as the manager. She knew the fueling system needed some updates and felt the best way to go about this would be to get rid of the previous Jet system, install a new tank and skid system for the Jet, and then update the existing Avgas. By doing this, Arkadelphia would become one of the best stops in Arkansas for fuel!

We started work on this project in August of 2016, and we had many improvements in mind to make this system work. We were able to paint the existing Avgas tank and make it look awesome! We were then able to fabricate an Avgas skid to place in front of the tank and begin work on the Jet system. The new Jet system would include a skid with a new 12,000 gallon tank. This tank system was one of our quickest turn around projects we have had in the past year with completion within 2 weeks of receiving the tank. In January of 2017, this tank has been set and work is almost complete. We will finish this project the first week of February and have a life-long customer, which we enjoy servicing anytime!

Thank you, City of Arkadelphia and Michelle Anthony for the opportunity to service your airport and build a new system! We look forward to the future!